Just a wee bit late on a new post. It's April. We got fooled a day early by more snow. A very bad joke. I'm in the last stages of finishing up some pieces for the Toledo Doll Show on Sunday. I'm excited but I've also sold some pieces before the show. Works for me. 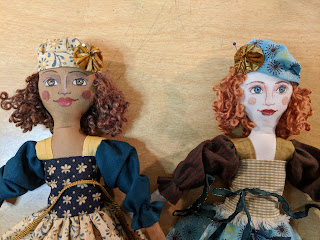 Finally got my Long Legs almost done. Sold. I will take them to the show for orders. 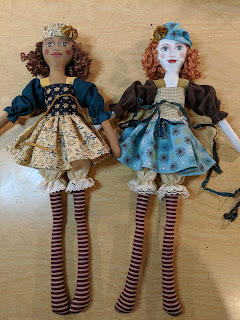 Mini witches are almost done too. Working on hats right now or at least after lunch. They turned out better than expected and I don't know if I will make anymore. I do have one and a half bags of stuffing left, so maybe I'll make more to use it up. 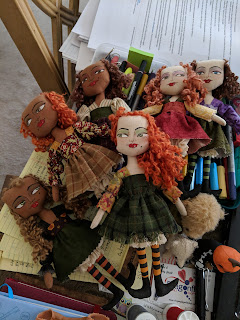 Some new things going on in my weird little life. New habits are being established and I've got lots of planning to do this month. The big girl pants are on and it's time to rock a few things. See ya after the show.
at April 05, 2019 No comments: 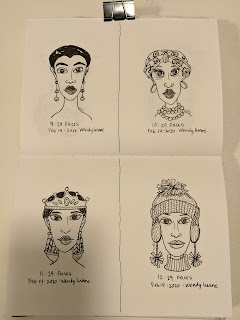